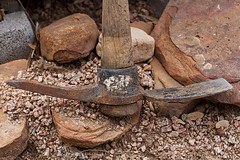 After a bit of a break, here's a new release with some important bug fixes and also some significant speed improvements!

The first main bug fix relates to how bliss can sometimes react when changing settings. A few months back I changed bliss's database engine to a different library. This fixed some data corruption issues, but, as often happens, some different problems were introduced.

Specifically, the way the new database engine updates files on your computer's storage is a bit different; when bliss interrupts an update, sometimes the database engine gives up and won't write again. This means certain operations like changing rules or rescanning can sometimes lead to a bliss database that can't be used, causing error messages like:

We've fixed this in this release, and so hopefully changing settings and rescanning won't cause the same issues. These errors didn't always occur, but there was the possibility and we received a number of reports, so we fixed it.

We've downgraded the version of Java shipped with bliss to Java 1.7.0_025. This is because of a number of reports of bliss failing to start. When started from Terminal, the following error message would be shown:

We believe the issue was that the version of Java we shipped was too recent and earlier versions of OS X (Snow Leopard and Lion mainly, it seemed) did not properly support it. So we have downgraded for now.

We've implemented a number of performance improvements. In general, these seek to minimise storage access. We noticed this makes the biggest improvement when paging through lists of albums, but there should be a general improvement as well.

If you are updating from a version older than 20141027, in app update is not recommended for this release, because of a fixed Java 8 incompatibility which is only resolved with a full re-installation.

Thanks to cogdogblogfor the image above.