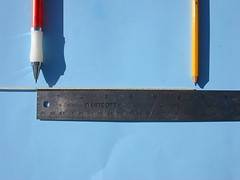 This is a new release with a number of stability improvements...

The main area of work has been in improving the consistency of bliss's internal database, particularly after large scale file renaming. I had a few reports of issues in this area, and I've reworked some fundamental database code to try to avoid said consistency problems.

Other improvements in this area are to take positive steps to disallow multiple instances of bliss running, and when a database corruption issue is discovered upon startup make sure bliss is shutdown completely (it sometimes runs in a "zombie" state which makes cleaning up difficult).

A nice little improvement is an indicator to how many compliant/non-compliant items there are: 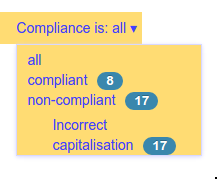 If you are updating from a version older than a few months old, in app update is not recommended for this release, because of a fixed Java 8 incompatibility which is only resolved with a full re-installation.

Thanks to wbaiv for the image above.