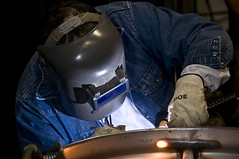 Up until now I have been running bliss on a Windows desktop to correct my entire music collection first and then transfer all the music on to my music server (a Raspberry Pi based Logitech media server; see my blog for details): http://www.ls-homeprojects.co.uk

As I recently upgraded my music server to the new Raspberry Pi 2 quad core, I thought: "What if the Linux release of bliss worked on this Raspberry Pi?" To my amazement it runs!!!

I followed the Linux installation instructions.

Here's how I managed it:

Or, from a shell

Note: the version number will change over time. You can find the latest version by reviewing all of the bliss releases.

Open a new shell window. As always is good to update the Pi first:

When finished you should have a shortcut appear in the start menu !

Use the Start Menu shortcut or run:

Although bliss runs and seems to sort my music just fine there're a few error messages and functions that don't work correctly such as automatic new file discovery.

This basically means bliss won't just address only new files placed in the folder; it will rescan everything. Also start and stop buttons seem temperamental. These limitations are not bad keeping in mind that this software was never designed on a ARM based system such as the Raspberry Pi.

A future version of bliss will hopefully support file notifications on ARM platforms. We currently use a separate open source project to do this, but more modern versions of Java include this "for free" so implementation should not be difficult (he says) - Dan.

I'm very happy how bliss runs on my music server without the need to use my desktop . Ok, performance isn't as fast as my PC but it is not too bad and makes me wonder if this is due to the errors caused by running on an ARM system. bliss is not run all the time but just when required. Any questions, contact me through my blog!

Thanks to Savannah River Site for the image above.