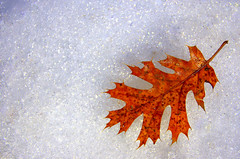 Just a heads up for Mac OS X users: turns out there's one big incompatibility between bliss and OS X Yosemite.

As you may know, bliss depends on a Java runtime environment (JRE) being present on the computer bliss is installed on. In the Windows installer, we ship a JRE with bliss; it installs if one isn't already present. With OS X, we have always relied on using the Apple-provided JRE, and so haven't needed to package a JRE with the bliss download.

As the OS X releases have come and gone, this reliance has been getting more and more shaky. OS X v10.7 (OS X Lion) removed the bundled JRE, which meant installing bliss also required downloading and installing Java, taking longer to install. But at least this was done automatically by the operating system. Now, with OS X Yosemite, even the automated download of Java no longer works.

This means that currently, and by default on a clean Yosemite install, bliss won't run:

If you want to run bliss you have to go away and install Java yourself. Note that if you upgraded to Yosemite then the JRE will have been retained, so it should still run.

We're working on a fix to be released as soon as possible. What to do in the meantime?

It is possible to install the old version of Java that bliss used by going to http://support.apple.com/kb/DL1572 and installing the update.

That should make a version of Java available which bliss can use.

As I mentioned above, we're working on a fix. It's looking likely this fix will involve bundling a JRE with bliss. Unfortunately this will make the download a lot larger than before, but there's no other obvious solution.

There are a couple of silver linings to emerge from this cloud. The first is that we will be able to ship a much newer version of Java which will contain a number of bug fixes and performance improvements. The second is that by moving to the newer version we are now on a fully supported Java version which we can release updates for on the rare occasion that a bug is found in the JRE.

So, sit tight... a solution is coming!

Thanks to *~Dawn~* for the image above.