Which day of the week is bliss used most? 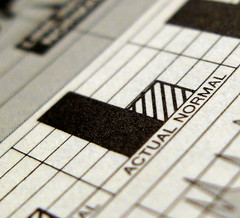 In a pique of curiosity, I recently wondered "which day of the week is bliss most used?"

Anecdotally, it felt like the weekend was the busiest time for bliss. Those are certainly the most common days for purchases. But I'd never actually measured it before.

Measuring is also pretty difficult because it's not necessarily clear what "using" bliss means. bliss doesn't really have much in the way of analytics built in. It registers anonymously when bliss is started for the first time and that's about it. In addition, our metadata and cover art search service at OneMusicAPI anonymously logs queries made to it, but that includes other clients using OneMusicAPI and so much data is logged it's difficult to abstract from these data how much bliss is used.

If we just settle for sales and downloads of bliss (I think that's a fair proxy) that data are logged. We can log that easily because it depends on interactions with our website. Many websites, including ours, use something called Google Analytics to record how many times a web page is viewed, the location of viewers, the number of downloads and more. (None of this data is related to individuals by the way).

Using this, we can see when people download bliss:

This data is for the past year or so. It confirmed my suspicions: the weekend is busier than the week, and the days either side of the weekend are the busiest of the remaining days.

The difference isn't perhaps as large as I thought it might be. As I said, anecdotally, it felt like I got much more email and purchases during the weekend. Looking at the purchases by day that bears out:

(I don't care about sharing purchase figures, by the way. Anyone can download our annual company accounts from Companies House which provides more details than above about revenue).

Maybe people on the weekend are just more motivated? Motivated to buy, and motivated to fix their music libraries? I guess it's a weekend job, hopefully one that bliss makes quicker and easier!