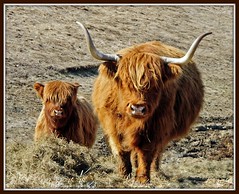 I've now had a couple of reports of incompatibilities between bliss and Bullguard security software, running in Windows. Here's how it was described in a recent support email:

I get the splash screen & the pop-up telling me Bliss has started but when I try to browse using either the url or localhost:3220 i get a single "/" character on the screen and nothing else.

We've now made it possible to change the port bliss uses! If you are having trouble with Bullguard, read how to change bliss's ports.

bliss an embedded web server through which bliss's web pages are displayed. When it starts this web server bliss needs to decide which port the server listens to. This is the meaning of ":3220" you see in bliss URLs; 3220 is the standard bliss port.

Incidentally, when URLs don't have a port number (as is the case normally, e.g. http://www.google.com) the default port of 80 is used. It's because this port is already commonly used by other applications that bliss doesn't attempt to use it. Anyway, I digress...

Generally speaking, a port can only be used by one application. Therefore, if the port is already taken by another application, bliss fails to start completely.

This was what was happenning in this case. The fact that the browser shows something, even if it is just a "/", suggests some sort of application is running on port 3220. So I gave these instructions to my correspondent:

This saves a ports.log file to your desktop with listings of ports being used by the various applications. I was looking for usage of ports 3220 and 3221, the ports bliss uses.

I soon found some evidence:

bliss was taking port 3221 successfully, but port 3220 was taken by BsMailProxy. What's that? Turns out it's a component of Bullguard that helps with security tasks relating to email.

Right now, there's little that can be done other than disabling Bullguard and restarting bliss. It'd be nice to introduce a nicer error message for when bliss's ports are already taken.

Thanks to Tony Fischer for the image above.