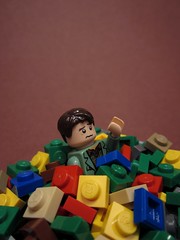 Release 20121002 is a new release consisting mainly of bug fixes, but also contains a re-structuring of some of bliss's internal cover art and metadata lookup code. This is as part of a longer term project to move the lookups online (within OneMusicAPI).

Once those lookups are online I'll be able to change the lookup logic without releasing a new version of bliss. That makes occasions where online database change their interfaces much easier to handle. Indeed, it appears Discogs has done this recently, impacting bliss's results from Discogs.

As well as the restructuring, there were some more bugs fixed:

Update from within the bliss application is possible but currently, you will have to restart bliss after updating.

Thanks to Walter Benson for the image above.