An interruption to the release cycle 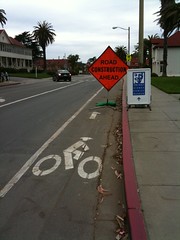 Sometimes software updates take longer... a LOT longer... to implement than expected. bliss's new in-app update feature has been one such update. I have ported bliss to use the OSGi framework for updating its code, but this has taken a long time. I'm hoping for a late June release of the next version of bliss.

It was over a month ago that I first started work on bliss's in-app update feature. I elected to use a technology called OSGi. OSGi provides a means of separating not only distinct chunks of software into logical pieces (modules) but also versioning these modules, having the correct versions link together and providing a way of updating the modules with new code from within the software itself. I figured I would port bliss to the OSGi platform and then develop a new user interface so that bliss could be updated with one click.

Well I'm getting there... bliss now runs within an OSGi framework and I've written the user interface so that bliss can update itself. But there are still multiple issues to resolve around the mechanism of downloading updates, initial download size and more. I expect to release a beta of the latest version in one week (around 19th June) meaning an end-of June general availability release.

The issues encountered so far have been many, mainly down to the immaturity of tooling to support OSGi development and the interactions between OSGi and other components bliss uses, such as the embedded Jetty web server. Throw in a few 'dunce moments' on my part and a series of bank holidays and family engagements and it adds up to one long delay! I'm getting there, but the nature of software is that these things sometimes take longer (a lot longer!) than expected and I can't guarantee there won't be further delays.

Thanks to mattymatt for the image above.