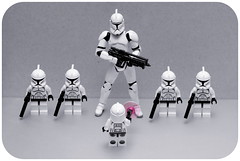 This fortnight's new build allows you to automatically upgrade any artwork that is too small. There's also improvements to the track artist consolidation rule and the ignoring files and folders feature announced previously.

Starting from this release, bliss allows artwork to be upgraded from a smaller size automatically, as requested. Previously, you would set a minimum size of artwork and bliss would inform you of when artwork was below this size, hence too small. Then, you would manually replace the art either via the artwork that bliss finds or with art you have found yourself.

A new option asks bliss to replace artwork that is too small automatically:

If you enable this option, by ticking the checkbox, bliss will perform an online lookup for artwork of the correct size when art is too small.

Remember to Apply rules once you've checked the option.

While the track artist is simply:

To enable this, check the Move 'featuring' text from track artist to end of track title checkbox, and then Apply rules.

A small enhancement to make this feature easier for Windows users to use. Creating .bliss-ignorefiles and .bliss-ignorefolders files stops bliss scanning music files in a folder or child folders of folder, respectively. However, creating a file which start with a period '.' is impossible in Windows Explorer.

The new release allows these files to be named without the period. In fact the new names, bliss-ignorefiles and bliss-ignorefolders, should be considered the correct names from now on. I may withdraw use of the filenames beginning with a period in the future.

Other bits and pieces

Thumbnail display of album art has been made slightly more reliable. Before, bliss preferred to show the co-located image file (e.g. cover.jpg or Folder.jpg). If the file was deleted, the thumbnail would no longer be shown. Now, bliss falls back to the embedded art if the file can't be found.

bliss has also been made slightly more efficient when scanning data and artwork size. Before, when changing art, bliss would check the data size even if there was no rule for data size configured.

Finally, with file organisation track number padding, when deciding whether to pad with zeroes bliss uses the highest track number in the album, rather than the number of tracks in the album. This solves problems where you only have, say, tracks 1, 5 and 10 of an album. In this case the track numbers '1' and '5' should be padded.

That's it! Get the new release from the downloads page. Your existing fixes apply!

Thanks to pasukaru76 for the image above.