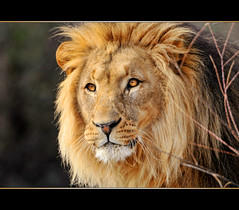 But, as they say, with one hand Apple giveth, with the other they taketh away. And in this case, Apple decided to remove the bundled Java Runtime Environment (JRE) on which bliss depended. Thankfully, bliss still works as before because OS X Lion downloads and installs a JRE the first time you run an application that requires it.

When I heard the news that the JRE would no longer be bundled I was a little worried and realised I needed to get access to the developer previews to work out the slickest way of downloading, installing and running bliss would be. So I registered for the Apple Developer Program and downloaded the OS X Lion developer preview (all 3.6GB of it!).

This was a month or so ago. Because of the strict NDAs surrounding the OS X Lion developer previews I hadn't dared post this, with screenshots, before OS X Lion was released!

The good news is bliss works as before. The bliss DMG no longer seems to automount when downloaded, but I'm hoping I might iron this out soon (suggestions welcome!).

As before, bliss is delivered as a DMG file. Once bliss is downloaded, double-click the DMG. It should be mounted in the Finder. If the DMG doesn't popup automatically, open Finder and, under DEVICES click on bliss.dmg.

Now, as before, double click the bliss icon to start bliss. This is where we see a difference with previous versions of OS X; Lion detects that bliss requires a Java runtime and offers to install one. To proceed and install bliss, you must click Install. 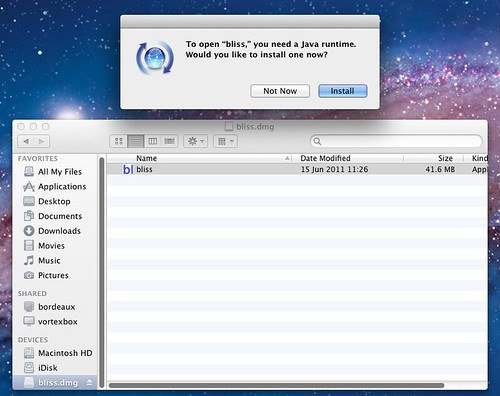 Now bliss starts just as before. bliss runs as a menu extra to the right of the menu bar.

And finally we have bliss running in OS X Lion: 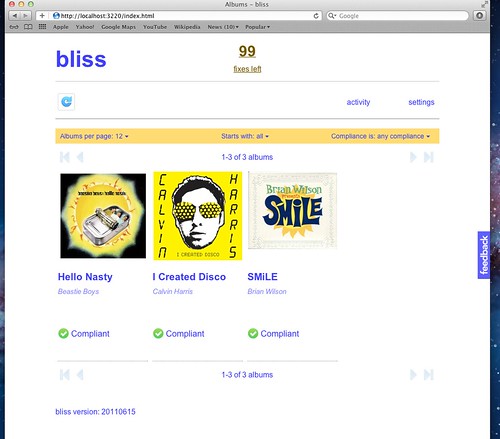 (Apologies that this is an older version of bliss - as I said I did this a few weeks ago but couldn't share the screenshots until now!)

Thanks to Tambako the Jaguar for the beautiful image above (how do you operate the camera with your paws?).