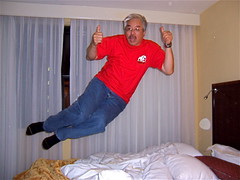 Woo-hoo! This release of bliss contains the new and long-awaited functionality to re-use the results of previous scans. bliss has used an internal database to store the results of scans for your music files for a while; the database stores which albums exist and their compliance. Before, this information was forgotten on each restart, but from this release the previously discovered data is re-used, so long as it was discovered with the same version of bliss. If it's a different version, bliss rescans from the start as before.

The effect appears to be a much faster startup when re-starting bliss.

Given the faster startup, I decided to simplify the play/pause buttons introduced in the last release to just a simple 'rescan' button from where you can request the music library be rescanned manually. bliss starts listening on startup now, but there is no longer such an effort on the part of the computer because very little will need re-assessment.

Another important fix has been to the Discogs search which has not been working for about a week.

I also fixed a bug which prevented the upload and provide URL album art features to not work when the override art setting is set to 'manual'.

Get the new release from the downloads page. Your existing fixes apply to this version too!

Thanks to Wonderdawg777 for the image above.