A bumper pack of features and fixes for this fortnight! 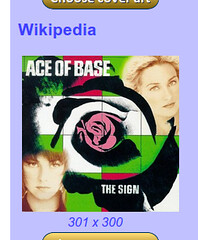 The next new feature is folder grouping, as discussed on the bliss feedback forum. Using this feature, you can group directories in your file organisation by their first character. For instance, if you have a lot of artists in your music collection, rather than list all of the artists in one enormous directory you can subdivide them into those beginning with A, B, C or even ABC, DEF and so on. The new feature must be used as part of a custom file organisation pattern. Here's an example of the pattern being set:

When run, for instance against Oasis's Definitely Maybe, this gives:

Above I specified a group size of three, so bliss divided artists by their start character in groups of three characters; this means Oasis fits in the 'MNO' group alongside Neil Young and MGMT. I could've also asked for a group size of one, which would have put Oasis in the 'O' group, alongside only artists beginning with 'O' such as Orbital.

Here's the syntax for the new command:

Where 'variable' can be any of the other variables such as album_artist and album_name and length is the number of characters in the group. For instance:

This groups artists by their first character, where each group comprises one character (e.g. A, B, M etc), and then a standard artist/album/track structure.

You can also do some crazier stuff...

This organises all of your tracks into subdirectories according to their first character, where each subdirectory holds track names for one distinct character. Specified on its own, this would act on your entire music collection, jumbling up albums and artists.

The power of the file organisation rule is one reason I've also added a warning to the settings from this version... A couple of people had been caught out.

Some other improvements include...

Get the new release from the downloads page. Your existing fixes apply to this version too!