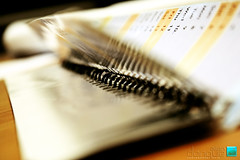 Since I started releasing builds for the bliss project I've aimed for weekly builds. I figured this gave the most immediate access to bug fixes and new features. As the product has matured I think we need a less frequent update schedule, and so from now on I will aim to release a new version of bliss each fortnight.

This means the next release for bliss will be next weekend, the weekend of the 28th August, and every fortnight thereafter.

One of the major disadvantages of writing desktop/server software as opposed to web hosted software is that it's harder to roll out changes. One of the reasons that desktop software is less responsive to user feedback is because the mechanics of updating the software is harder. I was determined to avoid this constraint as much as I can, but now I think is the right time to go to a fortnightly release cycle.

I'm hoping this will free me up a little to work on some new features, because the entire build and upload process itself takes half a day. Not having to do this every week should give me a little more time, and frankly I don't think the weekly builds are required anymore.

Let me know if you disagree, using the comments system here or via email. I can always change it back to a weekly update!