Now that you have configured bliss to check the accuracy of your music library, bliss will scan each of your albums and present its findings. You can see the albums undergoing assessment on the Inbox page: 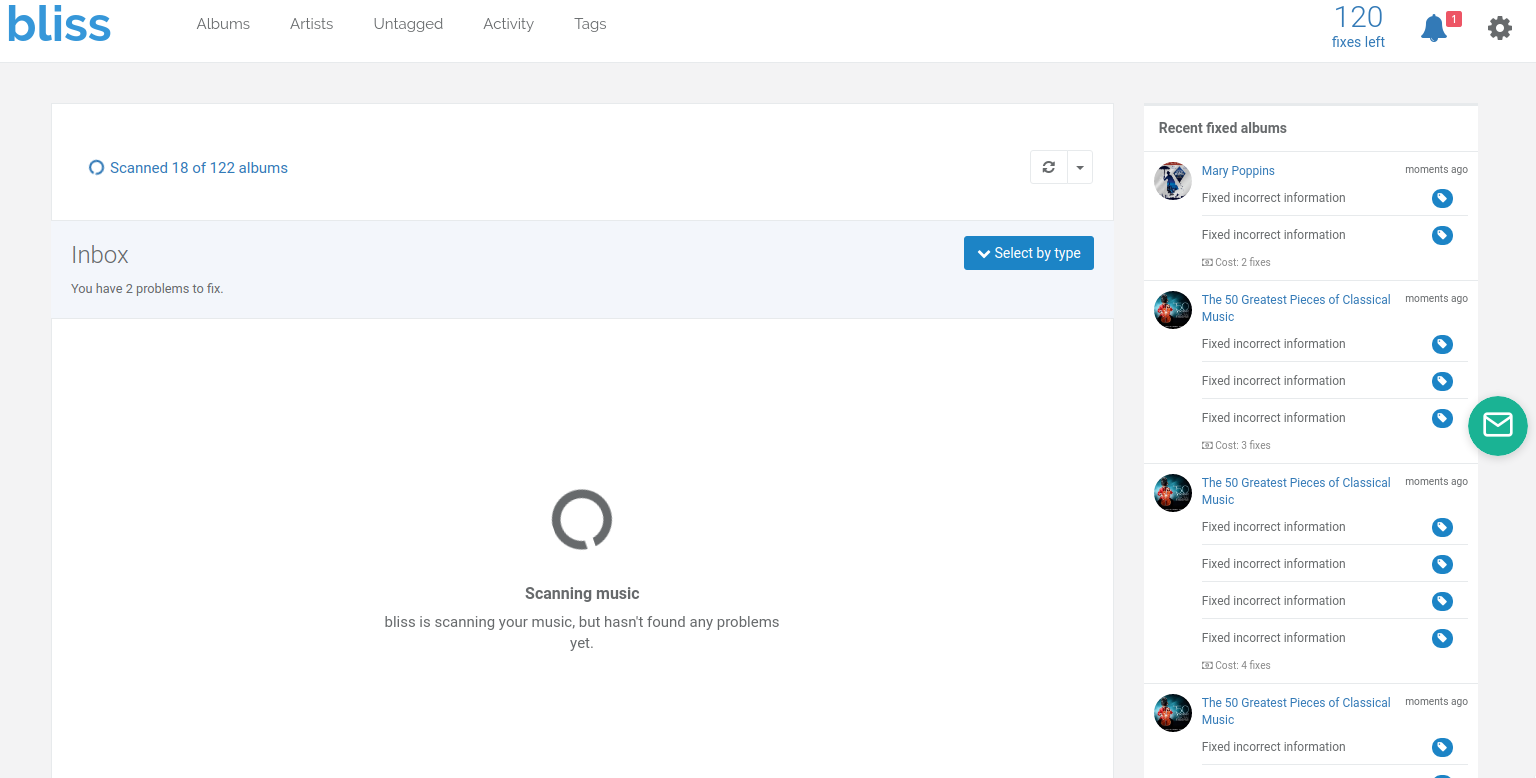 If the information for an album in your library matches that which is recorded online, it is marked  Compliant. If it doesn't, it is marked  Non-compliant.

When an album's information is marked non-compliant, a one click fix is offered.

I said a one-click fix is offered; well actually, several one click fixes may be offered, as sometimes there are multiple suggested values for a given field. For example, there may be several dates for a given album, as it may have been released and re-released multiple times. In these cases you get a dropdown with the different potential results:

To quickly find those albums that need fixing, use the compliance filter on the album overview page. 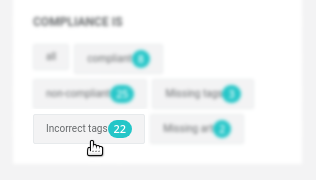