Releases on hold - the frustration of Apple code-signing certificates 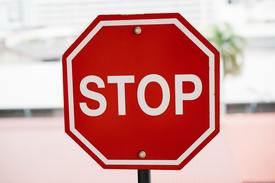 Just a quick post today to explain why we’ve not cut any releases for a few weeks. I’m pretty frustrated!

bliss is released for multiple platforms and some of these releases are code signed. A code signature is basically a way of authenticating, via a trusted third party, that the software you install and run on your machine was built and signed by us at elsten software.

To do this we store a code signing certificate inside the software. For macOS this is issued by Apple, but it expires after a few years. Our certificate has just expired, but on being delivered a new one, this appears to no longer work.

We’re trying to get this resolved with Apple Developer Programme support, but they are being very, very slow. It took four emails before their first line technical support even understood the problem! And now this is with some internal team.

Hopefully we’ll hear back from Apple soon, and we can get cutting builds again. Another option is, of course, to ship everything but the macOS version, but this does add a little maintenance burden so I’m trying to avoid that. At least for now…

Photo by Markus Winkler on Unsplash