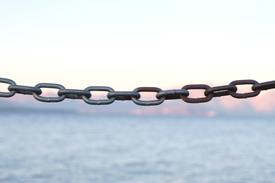 We’ve made some improvements around “linked releases” in this version, plus some small performance improvements.

When bliss scans your music library, it does so with the rules you have configured. If one of the rules requires that bliss look up data about some music online, it performs a query to our metadata server and gets the results.

This is important for rules which concentrate on completeness such as the missing artwork rule, and those that focus on correctness, such as the tag accuracy rule.

Those releases that we find online that closely match the albums in your music library are denoted linked. Others, that are similar but don’t look correct, are unlinked. Only linked releases are used to contribute data for an album.

But you can also explicitly link or unlink releases in the list. When you do so, you can now remove all explicit links with a new button:

This returns linked releases to the default state, with just those originally denoted to have a high score as “linked”.

bliss runs as a multi-threaded application, using your different processor cores to execute code in parallel.

We found a way that the work was not being distributed across cores very well. We’ve fixed this, and have noticed better parallelism. This particularly helps when bliss is making lots of online metadata lookups; it can perform other work while waiting for the lookup to complete.

Photo by Karine Avetisyan on Unsplash