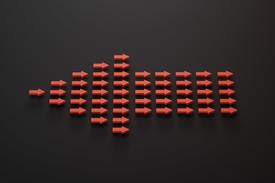 Never release on a Friday, they say…

In the past week or two I’ve been mostly working on finding an elegant way of implementing autocompletion of ALBUMARTIST from existing tags. However, in addition, we’ve also been fixing a few bugs for this release…

A few weeks ago, I was brave in removing some code from bliss which performed “track matching” based on existing track names and positions.

What’s “track matching”? Basically it’s the code that matches a track in your library to our records online. We’ve improved this code on your server over time, and I thought I was now able to remove some fallback code in bliss which did a little more matching.

However, this has led to a number of reports of:

… with no suggestions to fix.

The cause of this issue was that we were relying much more heavily on the existing duration of a track to match to a track in our database. In some cases this duration can be reported incorrectly in a music file, and in others we just don’t have the duration information in our database. As a result, the track fails to pair to an example on our server, and thus we report there was no match.

We’re going to improve that code on the server, but in the short term I’ve re-instated the old fall-back code to (1) reduce the number of false positives and (2) improve the chance of a suggestion to fix the track name (when it is incorrect) being found.

Photo by 愚木混株 cdd20 on Unsplash