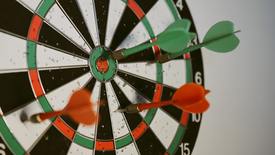 There are two main improvements to track name and position assessments in this release. Both affect the tag accuracy and missing tag rules.

Before, if a tag based (i.e. using the current tags) lookup returned the same release as a fingerprint lookup then only the tag based lookup confidence score was considered. This particularly affected track name/position lookups, because those track names themselves are sometimes used to score the confidence of a match. That means a track name that needs fixing would perversely lower the score for a release, making the correct release less likely to be used!

The second improvement is that tracks without titles are now sent in the lookup.

Before, any track that was missing either a track name or a title would be ignored, and not sent. Even though the track name is missing, information about the duration of the track can still be useful in recognising the release and matching the track, so that alternative track names can be suggested.

Photo by Afif Kusuma on Unsplash