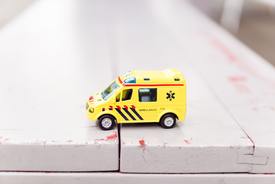 Thanks to a keen eyed devops engineer, we recently discovered two major weaknesses in the way bliss queries metadata and cover art. More specifically: the way it uses certificates to access the metadata server.

Headline: versions of bliss prior to this one will fail to query metadata starting tonight (Friday 29th January 2021).

This release contains a fix so bliss can continue querying metadata. If you have an old version that is affected by this and you cannot upgrade due to not holding a current update subscription, get in touch via [email protected] and we’ll issue a temporary update licence so you can install this fix.

A few years ago, we decided to adopt HTTPS for querying musical metadata and cover art. This is to ensure privacy; while no sensitive data is exchanged, the principle that no-one should be able to monitor your Internet activity is important.

The trouble is, I (Dan) hardcoded the wrong certificate, an “intermediate” certificate which has since been replaced. This expires tonight, and it just so happens we discovered this in the last week.

We’ve now properly encoded the required certificates and will institute some process to make sure this doesn’t happen again.

To re-iterate: bliss versions older than this release will stop being able to query metadata from midnight tonight (GMT). If you do not have a bliss update licence please ask us at [email protected] for a temporary one so you can upgrade.

There is a workaround if you want to stay on the current version and you are happy to use HTTP for metadata querying (as above - no sensitive data is exchanged, only a subset of information about your music files).

Follow the instructions at How can I assign more memory to bliss? Only, instead of changing the -Xmx line, add:

Then restart… If you need more help implementing this, get in touch at [email protected] .

We’ve also got a few other improvements in this build:

Photo by Zhen Hu on Unsplash