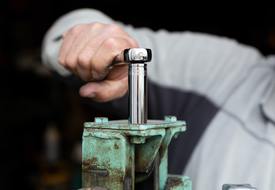 Another week, another release, with some more bug fixes.

This time the fixes are scattered in different areas.

In the tag accuracy and missing tag rules, there was a bug that, if a field was chosen for both the missing and accuracy rules, it was impossible to add a field to only the missing rule. We’ve fixed that so you now have complete control over which fields are assessed for accuracy and presence.

When bliss rescans the music library we made sure that any old albums that bliss had a record of, which now do not appear in the library, are resolved. They are marked as having Unknown compliance, and when you click on the album you should have the option to remove the album from bliss’s memory.

Related to this, we found a case where the album detail page isn’t shown properly if a file is missing in an album; that’s now handled and the album page should be displayed.

The file organisation rule’s <tracknumber> and <discnumber> tokens had a problem when these were set to the value of 0 (zero). When this occurred, bliss would insert the maximum possible value in those locations! We’ve changed this to simply use the current value (zero).

We found that when clicking the Fix button for an album, the work that bliss did wasn’t recorded in the Activity log. We’ve fixed that so its operations are included.

Photo by Tekton on Unsplash