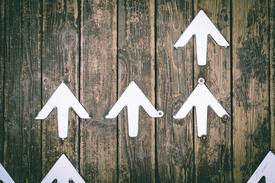 A few more bug fixes in this week’s release, with a special concentration on the progress indicator (the Scanned n of m albums text).

Around rules, we found a bug where if the missing information rule was enabled for album-level tags like genre or year, and an album had inconsistent values for those fields, we’d report the inconsistent values as “incorrect”. Now, we’ve changed that to only mark the missing values as… well… missing. The suggested value is the most common value in the other files.

We got a report that when using the top level Tags page, changing album or artist names would mean the album wasn’t rescanned after the change. We’ve fixed that.

Finally, we found that in certain rare circumstances data would not be committed to our database when some of the information about an album changed - we fixed that. This only became apparent if bliss was stopped immediately after the update.

Photo by Jungwoo Hong on Unsplash