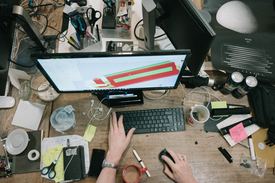 This is a large bug fix release including full Catalina support. We’ve also added a new notification box to allow you to see, at a glance, the quantity of non-compliant albums and get easy links to fix those albums.

In the meantime we’ve been working on the New Inbox further - and we’ve included a screenshot of what we’ve done so far!

Plus, there’s a bunch of bug fixes. This drop is a big ‘un!

I blogged last month how Catalina has made bliss a little more difficult to startup.

Fortunately the fix wasn’t too difficult; we now have to upload each version of bliss to Apple’s servers, which verifies the code is “safe”. When you download bliss and run it, macOS “fingerprints” the app and validates that we’ve already proved bliss’s safety. It’s a process known as notarization.

This took a bit of work on our build scripts, but the work wasn’t too complicated or onerous and notarizing bliss only takes twenty minutes or so as part of our automated builds. Thank heavens for fibre-to-the-office!

After some more rounds of usability testing it seemed one thing people found difficult was finding the albums which had problems.

I added a global (accessible from any page) notification icon with quick links to show albums with specific problems. Here’s an example: 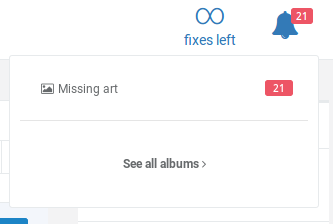 A little red box appears to the top-right of the “bell” giving the current total number of non-compliant albums. Hopefully that makes it quick and easy to both see how many problems you currently have, and an easy way of getting to them so you can fix them!

The “New Inbox” - work in progress

I thought now would be a good time to show a screenshot of the “New Inbox”. The goals for the New Inbox (which will replace the existing Inbox) are:

Here’s an example of the current display:

A few things to note from the screenshot:

We’ve fixed some things around how the rules in bliss operate.

Thanks to Robert Bye for the image above.