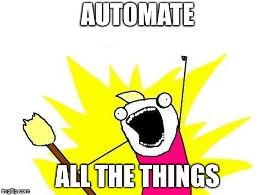 Phew! It's been a while since the last bliss release. We've been mainly working on a bunch of things to make it easier to implement automatic rules. This release sees the framework implemented for the cover art rule only (other existing rules still have automation as an option).

We've also got a bunch of bug fixes to release, so thought now would be a good time to get these out-there.

So what's the automation framework? Requests to make rules fully automatic are one of the most common requests we get. Before, automation was implemented for each rule, which meant there was a lot of duplication; not so much of the code itself, but more in the way the code behaved.

Furthermore it was clear that the same settings user interface was being created again and again... basically an automate! checkbox.

To be clear: we haven't added automation for any rule that didn't have it before. We'll begin to do that later. For now, the existing automatic rules are being ported to the new framework.

So, for this release, we have a way of declaring rules that are automatable in a more re-usable way. This makes implementing automation a lot faster in the future. For this release, it's just the cover art rule that's covered, and as it's only the min/max resolution rules that had automation options before, that's the only rule you'll see this on:

Those Manual/Automatic buttons are generated by the framework so we no longer need to implement them separately for each rule. Hopefully this makes things much faster to develop going forward.

Lots more stuff in this release: