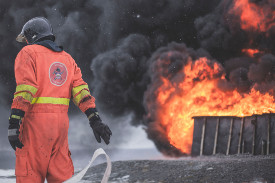 This release contains a bunch of UX improvements and ARM fingerprinting support.

I had to bring forward this release; it turned out that last release's improvements in lookup efficiency had a side effect of making efficiency worse in many cases! This meant additional strain on our metadata server and much worse performance, so I needed to make this available now.

In addition to the efficiency fix above, we've made a bunch of first-time user interface improvements in this release.

First, whenever bliss hasn't been configured there's now a "blank slate" link to the settings screen, so first time users know what to do. In addition, the UI now opens on the settings page the very first time bliss runs.

I added a new set of links from the album lists. You can click an album cover and go straight to edit the album or the cover art. In addition, the cover art alternatives page now has links to the upload or provide URL options. 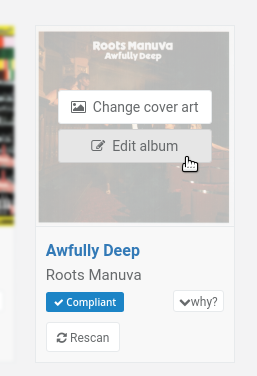 A really nice improvement I've added is a fingerprinter for ARM platforms.

This means two things: First, Synology users shouldn't have to install fpcalc separately anymore, and, second, QNAP ARM users should also be able to use fingerprinting too.

In addition, other platforms using an ARM architecture should be supported, such as Raspberry Pi.

If you have an ARM based QNAP NAS, let me know how you get on!

Thanks to Arny Mogensen for the image above.