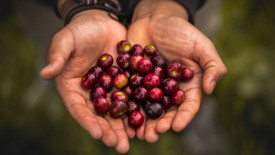 This week's new release improves the way bliss copes with missing tracks and albums. There are also a bunch of fixes to how bliss scans files and some other smaller improvements.

In this release we've included the ability to remove albums from bliss. This only removes bliss's memory of the album; it does not delete any files or folders.

Remove removes the album from bliss's memory. If there are tracks in the album which do still exist, a subsequent manual rescan will recreate the album.

Finally, if files have been removed from the filesystem without bliss's knowledge, they'll be shown as such in the tracklist:

In such an event, you may want to use the Remove album options.

Thanks to Yair Mejía for the image above.