Come back! Changes to the ideas forum 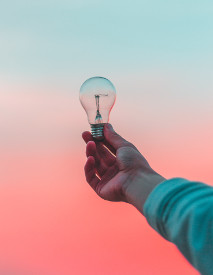 The ideas forum has been around a long time; looking at my billing, it looks like the first time I paid for it was in the summer of 2011. There have been a few design tweaks but the basic way it works remained the same.

Using the ideas forum, you could apportion up to ten votes across the ideas with no more than three votes per idea. It felt like that was a good way of allowing people to communicate priority.

Then I would follow this basic approach to prioritising work on bliss:

Once I decide to look at the ideas forum for new ideas, it tends to be a combination of effort and "votes" that decides what gets done. That's why the duplicate file rule has stayed at the top for so long; it's popular but it would be a lot of work, and other things always get in the way.

One member, one vote (for each idea)

But while there may be some inevitabilities that stop me from working on the ideas, there are still optimisations to make to how the ideas forum works, and to encourage more participation.

The trouble with the vote allocation model is that interested users soon run out of votes and then are unable to continue to contribute (aside from commenting of course). So that's why I'm going to change how votes work. From now on, you can vote for as many ideas as you like, but your vote always counts once.

You'll notice the numbers have changed on the top ideas but the order, in general, hasn't.

Tipped for the top

While I'm here, I also wanted to highlight some more recent ideas which I think deserve some promotion.

The first one, the ability to check for music file corruption, actually doesn't need much support; while it was added some time ago, in the past six months it has rocketed in popularity. I think that's down to a growing interest in bliss amongst collectors and audiophiles.

Date formatting is an interesting one and a nice application of bliss's rules... could be lower effort too.

Something I keep getting emails about (!) is automating the correctness and completion rules. Actually, I think there might be a way of addressing the automation of all rules in some way... something to think about (and let me know if you have any ideas!).

Thanks to Diego PH for the image above.