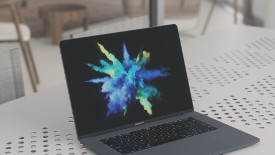 The most commonly occurring bug fixed in this version is one relating to multi disc releases. In the previous build, we'd sometimes mix-up tracks from different discs. This fixes that issue. In the same area, we also fixed an issue where tracks have the same name.

Thanks to Team UI8 for the image above.