From the mailbag: a music folder rebuild question 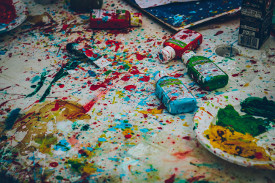 This week, a question to the bliss support inbox about restoring file and folder paths, given a "flat" file structure...

When backing up my relatively large music file I inadvertently copied the music files only, after bypassing the high level folders such as artist and album. When I open my music folder, located on a shared Bluesound directory, I only see the thousands of song titles I have. Is there any way to restore the folder so that the album, and artist drop downs are again active?

Please note that when using the Bluesound app, I can sort by album, artist, song etc with no problems. The problem is in viewing the files and folders which I saved on the device. I am a subscriber to bliss, but am not sure if the other option services provided can remedy my problem. Help!

Losing the location of your music files and folders can be pretty galling; it looks like the very structure of your music collection has been lost, and music players that have already imported your music library will likely have to re-import; they tend to identify tracks by their location. However in this case, with tags retained, all is not lost.

While it's tempting to think of files and folder names being the determinant of music library metadata, in reality almost all music players favour internal tags. Furthermore, tools like bliss can recreate the music folder and file paths from the existing tags, so a folder structure can be recreated.

Step zero: sort out the backups

In this case, it sounds like the backup process went awry. You must absolutely, definitely have backups. Not only are they a simple way of securing all the investment you have made in your music library, you're about to embark on yet more music-library-organizing, so it's a good idea to have those backups ready in case things go wrong.

Step one: clean up your data

Files and folders shouldn't be changed often. That means its worth making sure the internal tags are correct and complete before running a file organisation pass. This is optional, but might save you time in the long run.

To do this, enable the correctness and completeness rules in bliss. bliss finds places where album information, track names, dates and more are incorrect or incomplete, giving you an opportunity to fix these.

bliss's file organisation rule is used to organise files. You get to choose a scheme by which files are structured, or you can define your own.

If defining your own, I'd always err on the side of minimalism in file paths. That's because the less data in a file path, the less it's likely to change.

Commonly, Bluesound needs to rebuild the index for its music library after changes are made to the tags. Otherwise, strange artifacts can appear in the library - such as duplicated track names, some track names in upper case, and other... curiosities.

So, make sure you Rebuild index in the Bluesound settings!

Thanks to Ricardo Viana for the image above.