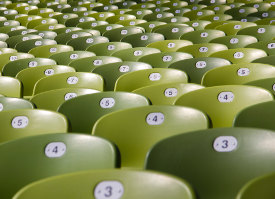 As iterations on tag correction begin to come to an end, I'm implementing the final few pieces that allow me to consider this work 'done'. This week: support for discnumber completion and also broader metadata queries...

The focus of the tag correction work has been on identifying incorrect pieces of metadata in your music library, and providing suggestions on how to correct them. So it might seem strange that filling in missing disc numbers forms part of it.

The requirement to fill in disc numbers comes from user feedback. When enabling tag correction for album names, some were finding 'disc number artifacts' (e.g. Disc One or Disc I) were being wiped, which meant multi disc albums would often have their track listings combined in their music player.

There's a separate field, DISCNUMBER, which is intended to be used for the numbering and positioning of groups of tracks in an album to reflect the media in a physical release. Canonically, and when your music player(s) support it, I think the best solution to the above issue is to use the "correct" album name, and also complete the DISCNUMBER field. So that's where disc number completion comes from.

A common problem with tag correction has been, for albums with many, many releases, sometimes bliss would not match the information in your collection to all of the releases that have been made for an album. For example, a certain year that a release was made may be lost.

This has been fixed in a brute force way: by simply getting more data to lessen the chance of a missed match, and therefore a false negative.

Thanks to Paul Bergmeir for the image above.