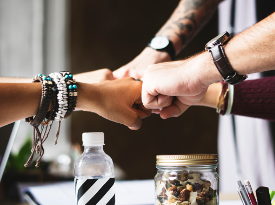 The main breakthrough in this release is the introduction of data pipelines.

Before, the tag correction and all other tag rules worked independently. This caused an issue when the rules disagreed on what the tag should be for a given field.

For example, consider the album It Takes a Nation of Millions to Hold Us Back. Imagine this was stored as the truncated title It Takes A Nation Of Millions in your music collection. You have the tag correction rule enabled and also a title case rule enabled for the album name.

If you accepted that, then the tag correction rule would complain again, this time about the capitalisation!

So now, suggestions from online data sources are run through a "pipeline" of transformations, supplied by your other rules. In this case, the suggestion will be to change the album name to It Takes A Nation Of Millions To Hold Us Back, and subsequent rescans will assess this album as compliant.

As an aside, if you don't have the case rules enabled, support for ignoring capitalisation and punctuation when assessing tag correctness are coming in the next release.

Thanks to rawpixel.com for the image above.